Photo Credit Tomasz Pazdan
Mr. Rob Denty
Instrumental Jazz
​
“It is often surprising to hear the talent we have lurking about our fair city, and saxophonist Rob Denty is no exception.” (jazzchicago.net)
​
A native of Georgia, Rob Denty studied piano and violin in early childhood, picked up saxophone at age 10, and started playing professionally at 15. After graduating from the University of North Florida where he study with Bunky Green, Rob moved to Chicago in 1995 and quickly became involved in the city’s vibrant music scene. In 2001, Rob joined the Chicago Jazz Ensemble in residence at Columbia College, then under the direction of William Russo and later directed by Jon Faddis.
“One can hear a variety of musical style influences in his playing, including traditional jazz, free jazz, classical and popular music. Full of graceful solos, airy flights and an outstanding feel for musical phrases and melodic growth….” (Bielawiec)
Rob Denty has backed, recorded, and performed with many world-class artists including Aretha Franklin, Branford Marsalis, Mary Wilson and the Supremes, Cedar Walton, Doc Severinsen, Eddie Henderson, Lynne Arriale, Christian McBride, Meshell Ndegeocello, Milwaukee Symphony Orchestra, Clark Terry, actors Gary Sinese and Bob Newhart, Joe Lovano and Frankie Valli. He has performed at numerous national and international venues including East Coast Jazz Festival, Washington D.C.; Symphony Center, Chicago; Max M. Fisher Music Center, Detroit; Teatro Manzoni, Milan, Italy; Chicago Jazz Festival, The Manchester Craftsmen’s Guild, Pittsburg; Ravinia Festival, and The Oprah Winfrey Show.
Rob leads and co-leads his own groups which have produced three recordings, “Etched”, “Round and Round”, and Duo Plus, Vol.1 Upon completion of Duo Plus, Vol. 1, an invitation was extended to the group to perform at the 2017 Chicago Jazz Festival.
“More than well worth a listen, Rob Denty’s first offering, “Round and Round” is a rousing and impressive beginning for one of Chicago’s rising young stars of jazz. I’m sure we’ll be hearing more from the talented Denty and his quartet in the future.” (Edward Blanco, ejazznews.com)
Denty looks forward to the upcoming release of an EP, Duo Plus, Vol. 1.5 which is collaborative recording with Drummer/ Percussionist, Tim Mulvenna. Rob is also an active educator who completed his Master’s Degree in Jazz Studies at DePaul University. He has been involved, under the guidance of Jon Faddis and Wycliffe Gordan, in the Louis Armstrong Legacy program which places jazz mentors in the Chicago Public schools. Rob Denty conducts clinics and workshops and maintains a full studio of private students.
"One of the most remarkable saxophonist in the Chicago jazz scene..., Rob Denty's performance ability is one of a kind." (Bielawiec)
Please visit www.robdenty.com 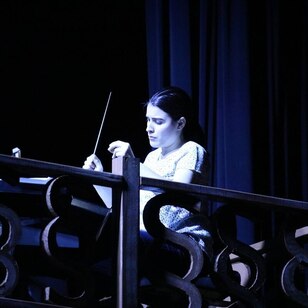 Ms. Taylor Beekman
Football Band, Pep Band, Madrigal Instrumentalists, Pit Orchestra, Instrumental Jazz
​
Taylor Beekman is a Frankfort native and proud Lincoln-Way alumnus. She graduated Northern Illinois University in December 2016 with a bachelor’s degree in Music Education. Her ensemble experience on trumpet ranges from small chamber groups to jazz ensembles to orchestras. While at NIU, she had the opportunity to perform as principal trumpet of the NIU Philharmonic, Wind Ensemble, and Wind Symphony and participate in masterclasses with Chris Martin, Bill Denton, and Brandon Ridenour. Ms. Beekman also performed with the NIU Jazz Lab Band and Latin Jazz Ensemble. While at the University of Illinois for part of her degree, Ms. Beekman was a student of Charles Daval and Tito Carillo and performed as principal of the Philharmonic and Harding Symphonic Band and as a member of the Marching Illini, Wind Orchestra, and Jazz Ensemble III.

Ms. Beekman is a general music teacher and choir director at Parker Junior High School in Flossmoor, IL. At Lincoln-Way East, Ms. Beekman directs the Football Band and Pep Band, Jazz Orchestra, Jazz Workshop, coaches the Madrigal Instrumentalists, and is a co-director of the Pit Orchestra. In addition to these ensembles, she is a staff member with the Lincoln-Way Marching Band.
​ 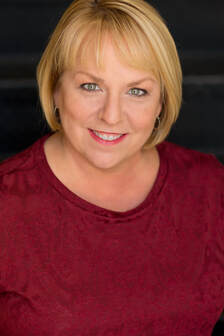 Ann McMann-Kotze is an acclaimed soprano who has sung with numerous opera companies and symphonies in the U.S. and abroad.  She has soloed in the Verdi Requiem, the Mozart Requiem, the Strauss Four Last Songs, the Beethoven Ninth Symphony and Missa Solemnis, as well as Handel’s Messiah to name a few.  Favorite operas and operettas that Ms. McMann has sung leading roles in are Tosca, Gianni Schicchi, Le Nozze di Figaro, Hansel und Gretel, Carmen, Amahl and the Night Visitors, Cosi fan Tutte, Countess Maritza, The New Moon, and The Gypsy Princess.  Equally at home in the world of musical theatre, Ms. McMann has been the soprano soloist in many pops concerts with area symphonies as well.  She has appeared on Broadway and on tour in The Phantom of the Opera and ShowBoat.  Regionally she has performed in Brigadoon, Les Miserables, Oliver, The Sound of Music, Sweeney Todd, Cats, The Music Man, and The Pirates of Penzance as well as many others.  Ms. McMann has kept a thriving voice studio for over 25 years and also is on the faculty of the theatre conservatory at Roosevelt University. 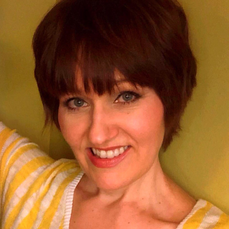 Gina studied dance at the studios of Richard Arve and Lou Conte, and was vocally coached by Donald Miller for 20 years. She studied Musical Theater at Ball State University and illustration at the Art Institute of Chicago. Now a professional vocalist, she has worked as a choreographer, voice actor and private acting coach. A musical theater performer of over 40 years,  she has been seen in well over 100 productions on collegiate, regional and community stages. Gina has a respect and passion for educational theater, and considers her time directing and choreographing the LWE students as the most enriching part of her year!