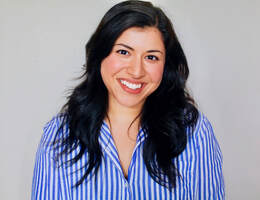 Hanna Samawi is a proud alumna of Lincoln-Way East. She attributes her growth as a musician and educator to her involvement in the music department and the teachers she now works alongside. She graduated from New York University in 2018 with a bachelor’s degree in Vocal Music Education. At NYU, she performed in various productions from musical revues to main-stage productions such as Parade and The Addams Family. She was a member and pitch piper of the NYU Jazz Choir, with whom she performed annually on Good Morning America and toured in cities including Prague and Okayama, Japan. During her final year, she directed Party Worth Crashing, a song cycle featuring the music of Kerrigan & Lowdermilk. Hanna has worked as a counselor for Blue Lake Fine Arts Camp, where she discovered a passion for teaching high school students. Outside of the teaching realm, she took on the role of booking assistant for pianist and composer Emilio Solla and intern for Steppenwolf Theatre's education department.

Ms. Samawi directs the three choirs at East, the vocal jazz program, produces and music directs the Madrigal program, and produces the spring musical alongside colleagues Ms. Ann McMann-Kotze and Ms. Gina Vitucci. She is thrilled to have returned to the Lincoln-Way Community and hopes to give back what this program gave to her! 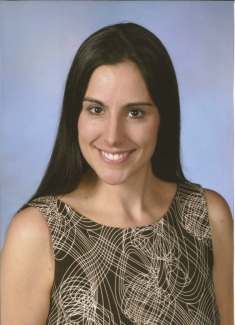 Mrs. Michelle Freeland is the Orchestra Director for Lincoln-Way East High School, Lincoln-Way Youth Strings, and teaches private string lessons for Frankfort 157C students.  She has been teaching strings for over fifteen years, and has worked with elementary, middle, and high school orchestras throughout the Chicagoland area. She holds Bachelor of Music degrees in Violin Performance and Music Education from the University of Illinois, and a Master of Music Education degree from Northwestern University. In addition to having taught in the public schools, Mrs. Freeland conducted the Schaumburg Youth Concert Orchestra for seven years, directed violin sectionals for Illinois Summer Youth Music and The Elgin Youth Symphony Orchestras, and has guest conducted The Rotolo Middle School Orchestras, Buffalo Grove Middle School Orchestra Festival, and the Orland Park 6th Grade Orchestra Festival.  Mrs. Freeland’s string students have been members of prestigious youth orchestras and collegiate ensembles, have performed at the IMEA All-State Conference, the NaFME National Music Conference, and along side famous musicians including violinist Randy Sabien and cellist Yo-Yo Ma. As a professional musician she has been a member of several local professional and community orchestras, and her quartet had the opportunity to work with the Kronos String Quartet and the Takas String Quartet.﻿ In addition to public school teaching, Mrs. Freeland currently teaches private lessons and performs as a solo violinist and chamber musician. ﻿ 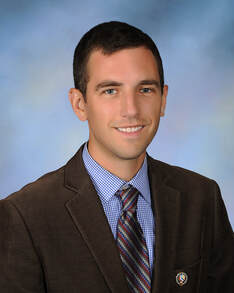 Mr. Ruklic grew up in the south suburbs of Chicago and attended Marian Catholic High School. In college, Mr. Ruklic studied trumpet with Dr. Amy Gilreath at Illinois State University, and Carole Dawn Reinhart at the University for Music and Arts in Vienna, Austria. Mr. Ruklic spent a summer with the Blue Devil Drum and Bugle Corp from Concord, California, and also taught at Blue Lake Fine Arts Camp in Twin Lake, Michigan. Mr. Ruklic is a director and long-time member of the New Lenox Community Band, a Village sponsored organization that presents a series of free concerts each summer. 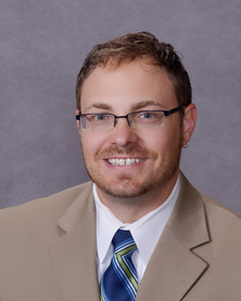 Mr. Teare is originally from Frankfort, Illinois, and graduated from Elmhurst College in 2002 with a degree in Music Education.  While at Elmhurst, Michael served as percussion section leader and student conductor of the Wind Ensemble.  Shortly after graduation, he accepted a temporary adjunct faculty position as a percussion instructor at the college before coming to the Lincoln-Way Community High School District #210.

During his time in the Lincoln-Way East High School Music Programs, Mr. Teare has completed graduate credit coursework in Music Education at Northwestern University as well as earned a Masters Degree in School Leadership at Concordia University.  Mr. Teare enjoys performing with several classic rock bands throughout the area. 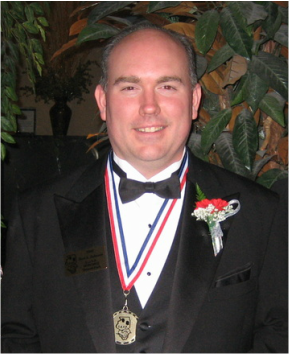 Dr. Johnson's pedigree in music began as a trumpet performer studying under the guidance of Mr. Charles Duval, Mr. William Lucas, and as a regular brass student of the late Mr. Arnold Jacobs, former principal tubist for the Chicago Symphony Orchestra. Collegiately, Dr. Johnson was a former lead trumpet for the University of Michigan Jazz Ensemble under the direction of Ellen Rowe and was a member of the exclusive Disneyland All-American College Band in 1997 under the direction of Art Bartner. Professionally, Dr, Johnson was a member of the legendary "Futurecorps" from EPCOT in the Walt Disney World resort and is a proud alumnus of the Santa Clara Vanguard Drum and Bugle Corps from Santa Clara, CA.

Dr, Johnson is a member of the National Association for Music Education (NAFME), Illinois Music Education Association (ILMEA), The jazz educators network (JEN) and the Illinois Association of School Administrators (IASA). He has served as Jazz Division Chair for the ILMEA District 1 schools and is member of the advisory council for the Music Educators Development Division (MEDD) for ILMEA, Dr. Johnson is a regular presenter for ILMEA and most recently presented at the NAFME national conference regarding "evaluation and accountability in the music classroom". Dr. Johnson has twice been selected as a Golden Apple Nominee and has received the Illinois Jaycees award for the the "Top Ten Outstanding Young People of Illinois" in 2007. He holds the following degrees: B.M. Music Education '99, Univ. of Michigan; M.A Educational Administration '07, Gov. State Univ.; and completed an Ed.D in Educational Leadership And Policy at Loyola University Chicago in 2015. He also holds an both a Principal's and Superintendent's License for the State of Illinois. Dr. Johnson resides in Frankfort, IL with his wife Erika and daughters Ellery Alice Claire and Britton Matilda Kate.